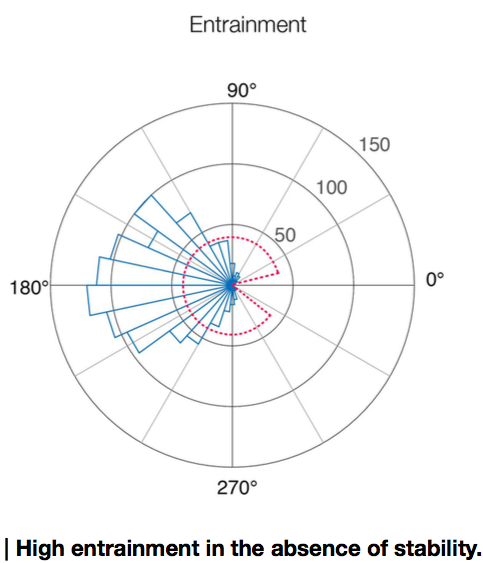 It’s always a nice milestone to get a paper published. We reached one today as our paper in Frontiers in Psychology – Language Sciences was published. Our paper is part of a very interesting Research Topic, Turn-taking in Human Communicative Interaction.

In conversations, people (or interlocutors, as conversation analysts like to call them) are pretty good in avoiding speaking over each other, or avoiding lengthy silences. In other words, we are pretty good at turn-taking. Some studies look at all the features we can use to predict when our conversation partner’s turn is coming to an end (body movements as well as linguistic features), and others have suggested that the pair is actually entrained to a common rhythm, which would also explain why we match each other’s speech rates, syntactic and prosodic features (choice of language structures and the intonation or melody of our speech) while in conversation.

To us, the second explanation sounds intriguing (which is not to say that the first one is wrong in any way), as in our two-person interaction studies, we find people adapting to each other, synchronising and matching in various ways, often without realising it, not to mention striving for it. We wanted to see what happens to turn-taking rhythms when we get people to have conversations with each other, but with a twist that takes the prediction element out of the equation.

Our task was an adapted children’s game: participants created stories together, contributing one word at a time, in turns. This works nicely in Finnish, but wouldn’t in English: in Finnish, we don’t have articles or prepositions, but instead all such tat is slapped on to the word itself (Finnish is agglutinative: see Tom Scott’s nice video explaining what that means). For example, where in Finnish we simply say “aamulla”, in English, you’d say “in the morning”, needing three words. Thus, when you play this game in Finnish, on each turn you contribute something meaningful, and in general the game is easy to explain and unambiguous.

So, what did we find? We didn’t give participants any instructions about timing or rhythm, just the rules of the game that they’d need to create the story one word at a time, taking turns. We got some very funny, and some very absurd stories. Participants were having fun doing this, as you can imagine, if occasionally one participant pretty much blurbs out the first word that a) comes to mind, b) fits linguistically, the stories can take pretty funny turns.

We looked at the timing of words, so the moments of time when each word was uttered. As expected, there was a lot of variability in timing: sometimes the pause between words was longer, sometimes shorter, varying by several seconds, without a clear pattern. However, when we looked at how the two participants’ timings were linked to each other, we got the figure you see up top: they were very closely entrained to each other. So even though there was no stable rhythm, and the speed at which the story unfolded was in constant flux, the participants were closely following each other, speeding up and slowing down together. We had expected to see weak, intermittent entrainment, but didn’t expect it would be this strong and so consistent: every pair had it.

Our interpretation is that this shows that speech is a strong inducer of entrainment in interaction, and that authors such as Wilson & Wilson were on to something when they theorised that in conversations, participants manage to be so efficient in turn-taking by being entrained to a common rhythm.

The paper, the first I’ve published on language, is open access and available online at Frontiers in Psychology.